Full Name
Brooke Shields
Job Title
Actress, Model & Entrepreneur
Company
Beginning Is Now
Speaker Bio
​​Brooke Shields began her career as the Ivory Snow Baby at eleven months old. She won her first acting role in Alice Sweet Alice at age nine, then rapidly gained fame after starring in Pretty Baby, Blue Lagoon, and Endless Love. As a model, she has graced hundreds of magazines covers, most notably Time magazine as the "Face of the Eighties".

Ms. Shields has maintained a successful and critically-acclaimed film, television, and stage career. Up next, she will star in the comedy Out of Order, and she recently starred in the hit Netflix rom-com A Castle for Christmas. She is the recipient of five People’s Choice Awards, and her work on Suddenly Susan garnered her a Golden Globe nomination. Ms. Shields previously starred in NBC's Lipstick Jungle, and she has had numerous guest appearances on shows including That 70's Show, Hannah Montana, and Two and A Half Men. She starred in and executive produced Hallmark Movies & Mysteries’ mystery movie franchise, FlowerShop Mystery. Shortly after college, Ms. Shields made her Broadway debut as Rizzo in Grease, for which she earned the Theatre World Award in 1994 for Outstanding Debut on Broadway. She went on to star in Chicago, Wonderful Town, Cabaret, and The Addams Family. She is also the best-selling author of several books including Down Came the Rain: My Journey Through Postpartum Depression and her latest children’s book There Was a Little Girl: The Real Story of My Mother and Me, a New York Times best seller.

Ms. Shields’ latest project, Beginning Is Now, is a global digital platform and brand which offers an authentic and holistic approach to inspire women over the age of 40 to live their fullest lives and have their voices heard, while simultaneously finding strength, wisdom, and humor in each other. In addition to her professional career, she continues to be a strong advocate for women’s issues and keeping the arts alive in schools.

Ms. Shields graduated with a degree in French literature from Princeton University. 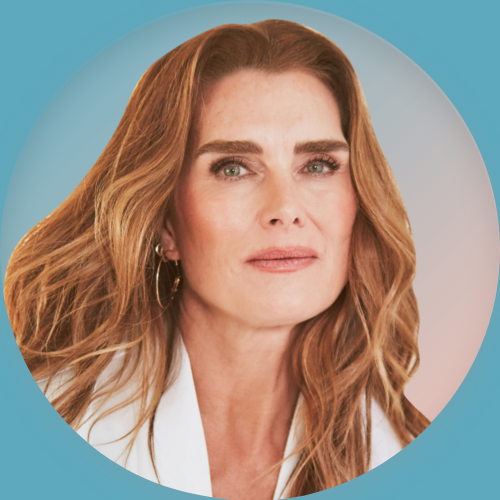