Full Name
Nicola Mendelsohn
Job Title
Vice President, Global Business Group
Company
Meta
Speaker Bio
Nicola Mendelsohn is Vice President of Global Business Group at Meta. She previously served as Vice President for Europe, Middle East, and Africa – a role she held since 2013. She is also a non-executive of Diageo, serves on the U.K. government’s digital economy council, the Mayor of London’s business advisory board, and is Co-president of the charity Norwood. In 2019 Ms. Mendelsohn founded and launched the Follicular Lymphoma Foundation, a charity focused solely on raising funds to help the thousands of people living with Follicular Lymphoma to live well and get well.

Prior to joining Meta, she worked in advertising for over 20 years at BBH, Grey, and Karmarama and served in roles including first female President of the IPA (the advertising industry trade body), Trustee of The White Ribbon Alliance, Chairman of Women’s Aid Development board, and President of the Women in Advertising and Communications London club (WACL). She was also Director of the Women’s Prize for Fiction and Co-chair of the U.K. government’s creative industries council. In 2015 she was awarded a Commander of the British Empire (CBE) for services to the creative industries in the U.K. 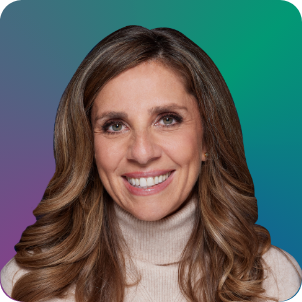