Full Name
Aaron Rose Philip
Job Title
Model
Company
Community New York
Speaker Bio
Aaron Rose Philip (pronounced A-ron) refuses to be defined. Hailing from the Bronx by the way of the Caribbean nation of Antigua and Barbuda, Ms. Philip has had meteoric impact on the fashion industry. Since her debut five years ago, she has been a catalyst for representation of not only trans women of color but also people with disabilities.

Ms. Philip has been the face of Moschino, Gucci, Sephora, and Marc Jacobs; graced the covers of magazines including V, Gay Times, Paper, Metal, and Numéro; and has been a cover star of editor Katie Grand's inaugural issue of The Perfect Magazine. The new and old guard of photography including Tyler Mitchell, Tim Walker, David Slijper, and Luigi + Iango have shot her for spreads for the likes of Vogue, i-D, S Moda for El Pais, Out, and W.

Ms. Philip made her television debut on TBS' Full Frontal with Samantha Bee and was the focus of Miley Cyrus' hit music video, “Mother's Daughter." In addition, she made history when she became the first model in a wheelchair to walk New York Fashion Week for a high fashion label.

With a successful career in full bloom, Ms. Philip has laid a fantastic foundation for what she hopes many others will soon build upon. 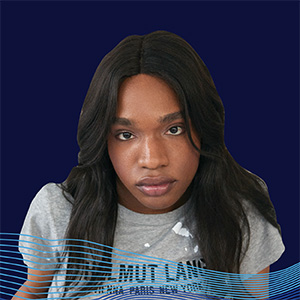